Gaining on HIV, one humanized mouse model at a time. 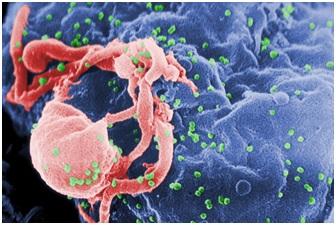 The Human Immunodeficiency Virus (HIV) has ravaged communities and families for several decades now. It engenders fear, and for good reason; it is pernicious, progressively debilitating, stigmatising, and without cure. The lentivirus, a genus of the retroviruses, is transmitted sexually and through bodily fluids. It infects the immune cells, primarily CD4+ T-cells in blood, macrophages, dendritic (or antigen-presenting) cells, and “bystander” cells, multiplies within,kills, and spreads, causing lymphocytic attrition. The death of the CD4+ cells is caused both by direct viral multiplication within, and by a (cell-mediated) immune response without, the latter executed by the CD8+ cytotoxic T-lymphocytes. As the CD4 T-cell count falls below a certain critical number, the individual’s cell-mediated/ adaptive immune system begins to lose its vitality and becomes gradually incapable of protecting the individual from opportunistic infections. Sans treatment, the progression of the disease is inexorable, and ends in premature death.

HIV could be the poster-child for infectious disease research in the humanized mouse (hu-mouse), going by the number of studies dedicated to it. The utility of the hu-mouse in HIV research was recognised early on, and different variants of the hu-mice have from the beginning formed the mainstay of HIV and HIV therapy research. The “base model” model has continually received additions such that it mimics, as closely as possible, the human immune system (HIS). The hu-mouse intended for HIV must have specific attributes, and these apply to this model for other infectious diseases as well. The lympho-myeloid progenitor cells, or Haematopoietic stem cells (HSCs) must migrate to the correct host niche (tissue), multiply and differentiate into all the various lymphoid and myeloid lineages. Their genesis and differentiation require the right molecular cues, such as human cytokines, from transgenes or knock-in’s engineered into the murine genetic background or in the engrafted HSCs. Molecular inhibitors arising from the host, should be simultaneously suppressed or eliminated. Differentiated cells must populate the lymph nodes and germinal centers, and must remain viable for the duration of the mouse’s lifetime. Engrafted HSCs or (thymus/liver) tissue co-grafted with the HSCs must not stimulate a host immune response, or a graft-versus-host disease (GvHD), as this confounds results. Human thymal tissue implants in the mice ensure that the B- and T-lymphocytes mature in a human context, and such MHC class I and II restriction of the lymphocytes is often essential to the design of the study. Hu-mice without a human thymus implant are essential too, and not just as controls or for comparison. The mouse can also be transgenically altered to express human HLA proteins to improve graft acceptance (MHC and HLA proteins are immunological determinants of “self” and “non-self”). The development and health of the HIS in the hu-mouse, and the quality of the immune response require credible markers for their assessment. Humanized mice variants for HIV research are plentifully available from multiple vendors, and vendors will gladly help a researcher decide on a hu-mouse variant and guide the design of the study.

The progression of HIV-I infection to immunodeficiency is still incompletely understood, as is its persistence as latent viral reservoirs. The pathway from an introduction into the vaginal mucosa and its pathogenesis and dynamics thereon has been followed in the Rag1KO.IL2RγcKO.NOD mice (DRAG mice) expressing the HLA class II (DR4) molecule engrafted with HLA-matched hematopoietic stem cells from human umbilical cord blood. Typical of this variant is the near-normal reconstitution of CD45+ cells in the gut and female reproductive tract, and the expression of the CCR5 co-receptor in CD4+ cells; two attributes that permit perfect infectivity, and suitable for recreating the human HIV-I infection. Two other variants, the NRG-hu HSC, and the NRG-hu Thy/HSC, NRG mice with an HSC graft alone or together with thymic extract respectively, support significant levels of immune system reconstitution; they simulate equally well HIV-1 replication, immunopathology, and responses to Chimeric Antigen Receptor (CAR) T-cell- and immune therapy. The variants demonstrate,through proof-of-principle, the therapeutic potential of modifying HSCs with anti-HIV T-cell receptors (TCRs) to produce a functional antiviral immune response to HIV.Transgenic HSPCs so designed can repopulate the bone marrow and provide a lasting supply of modified mature immune cells, including T and natural killer (NK) cells,targetingHIV or any other desired viral pathogen. The similar discovery in a third humanized mouse model (BLT, with engrafted Bone Marrow (HSCs), Thymal and Liver tissue) that NK cells exhibit all three hallmarks of adaptive immunity opens up possibilities for a prophylactic that can guard against HIV infection. CAR-T therapy, successful in the treatment of some cancers, has also found application in the study of HIV, in humanized mice, such as in the NOD-scid IL2Rgnull or the NOD-SCID IL2Rγnull/IL-3/GM-CSF(NSG-SGM3) mice. As the design and potency of the CARs improve, as with the incorporation of different combinations of co-stimulatory domains, it is the hu-mouse that will be the testing ground alongside. This will be true of other novel therapies including CAR T-cells in combination with immune-checkpoint PD-1 and CTLA-4 inhibitors.
HIV can remain under the radar for years, residing latently in an individual’s/ patient’s resting CD4+ T-cells, before manifesting its presence (HIV can also remain latent in the central nervous system). This is especially true during CAR-T therapy and is also why, once begun, this therapy should never be stopped. Patients must therefore be periodically tested for the presence of virus. The trace levels of virus existing latently in infected cells are measured by a viral outgrowth assay (or VoA) in regular nude or hu-mice, or in non-human primates; the human VoA (hmVoA) is more sensitive than the murine VoA (mVoA), possibly because it provides a larger temporal window for potential viral outgrowth from latently infected cells. The hmVoA also provides a greater variety of susceptible HIV-I target cells, and its advantages over the mVoA, or the VoA in non-human primates, are sufficient for it to be preferred.

The organisation, nature, and intensity of the immune response modelled in the hu-mouse should resemble, in the closest proximity, the response in the human system. Different murine strains fulfil this requirement to different degrees, with each iteration surpassing the previous one in its semblance to the (human) ideal. HIV research is illustrative of the ingenuity invested in their creation.Developments in the mouse have happened in tandem with research, and to say that the search for HIV therapies is limited by the quality of the humanized mouse model wouldn’t be too far from the truth. The humanized mouse bodes well for the pipeline of experimental therapies against HIV.